In 2018, I walked into a tea shop in Bozeman, Montana that changed my love for hot tea.

Since 2737 B.C. tea has been recognized all around the globe for its ability to restore, refresh, and soothe the body and mind. Drinking tea has been praised because of its potential health benefits too! Tea has been helpful in improving dental health, weight loss, improving cholesterol levels, and reducing the risk of heart disease. Some studies have even 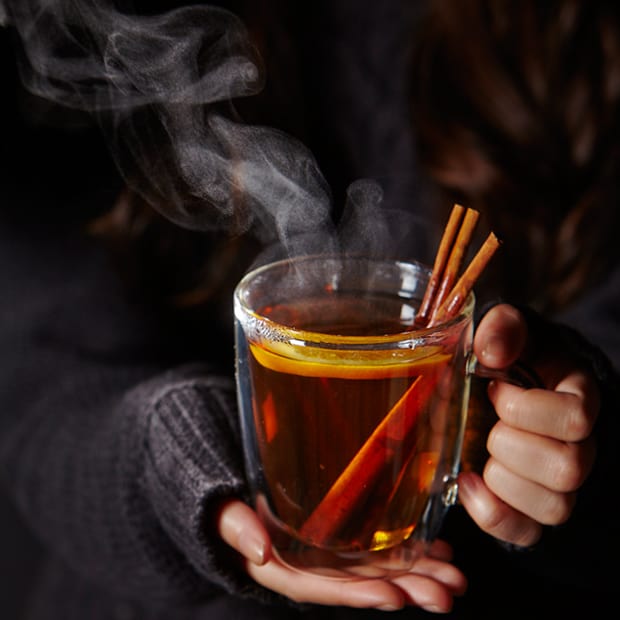 linked lower cholesterol to a daily cup of hot tea.

A study done in 2016, found people who drank one to three cups of green tea a day had almost a 20% decrease in the risk of a heart attack. People who drank four cups or more were seen having a 32% decrease. The same study also showed green tea being linked to lower cholesterol levels.

Other studies done such as dental health and the risk of having a stroke had positive outcomes as well. Drinking tea changes the pH levels in the mouth and may be what helps prevent cavities. In 2016, research showed people who drank one to three cups a day had a 35% decrease in the risk of a stroke.

The British Journal of Ophthalmology did a small study on glaucoma and one cup of hot tea a day. 10,000 people participated and 1,678 of these people developed glaucoma. Out of the 1,678 people, 84 of them were adults. To see if beverages had ties to glaucoma, participants were asked what drinks they consumed over the past 12 months. From this data, researchers saw a daily cup of caffeinated hot tea was tied to a lower risk of glaucoma. Just to make sure the results held true, smoking and diabetes were factored in (if the participant had either) and a lower risk was still shown. However, this study did not prove a cause and effect scenario. The study only showed an association between drinking hot caffeinated tea and the risk of glaucoma.

My go to hot tea is either ginger chamomile or lavender chamomile. Tea with chamomile has been shown to help relieve stress, menstrual cramps, better nights sleep, and promote healthy skin. Chamomile increases the serotonin and melatonin in the body helping relieve stress. The compounds and antioxidants in chamomile also help reduce inflammation which in return helps ease pains like menstrual cramps and muscle spasms even some headaches and migraines. Because chamomile has anti-inflammatory and antioxidant properties, it can help by relieving eczema and rosacea too!

Each sip of hot tea warms my soul, but knowing all the health benefits that come along with a cup makes it more enjoyable.

The past few weeks in my patient skills care class we have been using gait belts nonstop, literally. The moment we walk into lab the…
END_OF_DOCUMENT_TOKEN_TO_BE_REPLACED

END_OF_DOCUMENT_TOKEN_TO_BE_REPLACED

Between the surgeon general recommendations for exercise to improve overall health risks, general benefits of weight loss and energy levels, and the positive impact…
END_OF_DOCUMENT_TOKEN_TO_BE_REPLACED

END_OF_DOCUMENT_TOKEN_TO_BE_REPLACED

There is a very interesting diagnosis we come across in our clinic from time to time known as conversion disorder.  This diagnosis sometimes has a…
END_OF_DOCUMENT_TOKEN_TO_BE_REPLACED