We have some exciting new research to help with pain after an operation!

This is actually a conversation I have with a lot of patients after the fact. But, when we go into a surgery, we should not expect to be pain free the next day. This sounds very counterintuitive since the surgery is often for the express purpose of resolving our pain. Let’s talk about that! 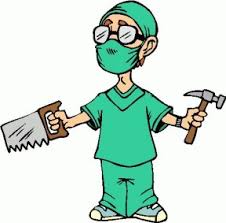 The surgery you would be undergoing is not usually itself designed to address pain, but address an issue with the structures causing your pain.  The idea would, of course, be that if we can fix the structure that is torn or broken, as that heals better with the operation, your pain will go away over time!  It’s an elegant solution to a mechanical problem!

But, an important thing to remember is that even with modern surgery, you are still being cut open.  The human body for many thousands of years has become acutely aware that being cut open is generally very bad.  Because of this, it perceives any invasion of tissue as dangerous and negative, which can produce a great deal of its own pain.  Surgeries are designed in a way to allow the body to heal well. Performing incisions in specific locations and re-attaching tissues should optimize healing afterwards, but frankly the body does not know what that means.  It only knows that you let someone cut you open with a knife.

There is good news in all of this, however!  We have actually learned through newer research that simply understanding pain can and should be expected over the healing phase of an operation can actually reduce the severity of pain, because the brain will be better prepared to regulate that pain when it does happen.  This also reduces stress regarding this pain, which can decrease a variety of neurotransmitters and hormones released under stress which can themselves exacerbate pain.  We have seen that very simply creating an understanding that pain is a normal process in the body, particularly after surgery, can reduce not only the severity and duration of pain in patients after an operation, but also their dependence on severe pain medication!

That’s it!  Now that you know and understand where the pain is coming from and that it is not necessarily dangerous, you can often expect easier recovery!

If you know anyone expecting an operation soon, make sure that they know too!  Now you can be part of a positive change improving results in surgery just by improving education!

The past few weeks in my patient skills care class we have been using gait belts nonstop, literally. The moment we walk into lab the…
END_OF_DOCUMENT_TOKEN_TO_BE_REPLACED

END_OF_DOCUMENT_TOKEN_TO_BE_REPLACED

Between the surgeon general recommendations for exercise to improve overall health risks, general benefits of weight loss and energy levels, and the positive impact…
END_OF_DOCUMENT_TOKEN_TO_BE_REPLACED

END_OF_DOCUMENT_TOKEN_TO_BE_REPLACED

There is a very interesting diagnosis we come across in our clinic from time to time known as conversion disorder.  This diagnosis sometimes has a…
END_OF_DOCUMENT_TOKEN_TO_BE_REPLACED