E-cigarettes have become one of the biggest “trends” worldwide. People of all generations have started to switch from smoking a cigarette to using e-cigarettes. But more specifically you are seeing these used in the millennial generation. When I was in college, I couldn’t walk through campus without seeing someone use an e-cigarette. It seemed like every three out of five people had one on them.

Also known as vape pens, e-hookahs, and JUULs; e-cigarettes do not contain tobacco. However, the FDA does classify them as tobacco products. JUULS along with most e-cigarettes do contain nicotine though. Nicotine is the same addictive drug that is found in regular cigarettes, cigars, and hookahs. However, the JUUL brand has an outstanding amount of more nicotine per puff than most othe 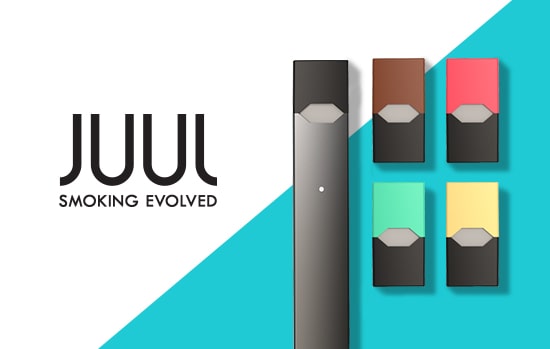 r types do. One JUUL cartridge is roughly equal to the same amount of nicotine in one pack of cigarettes. This is why JUUL has become the most popular product used and the most addicting.

Nicotine is produced synthetically and is a chemical that contains nitrogen. The nitrogen is made by multiple types of plants, one of which is the tobacco plant. Even though nicotine is not cancer causing by itself, it is very addictive. Nicotine also exposes people to intense harmful effects of tobacco dependency. The circulation of blood flow, the brain, the gastrointestinal system, and the heart are all affected by nicotine intake.

When nicotine makes its way into the bloodstream, an increase in blood clotting occurs. Also, atherosclerosis may occur. This is when plaque forms on the artery wall and blood flow becomes restricted. Side effects in the brain include possible blood restriction, dizziness, and lightheadedness. Others include irregular or disturbed sleep. Peptic ulcers, heartburn, indigestion, and xerostomia are just some of the side effects of the gastrointestinal system. Peptic ulcers are sores that form because digestive juices wear the lining of the digestive system away. If an ulcer is left untreated, internal bleeding can occur. A stroke also becomes a big risk when intaking nicotine. Other effects of the heart include an increase in blood pressure, diseases of the coronary artery, and changes in heart rate and rhythm. Other general side effects include lung spasms, pneumonia, muscle tremors, risk of diabetes, and joint pain. 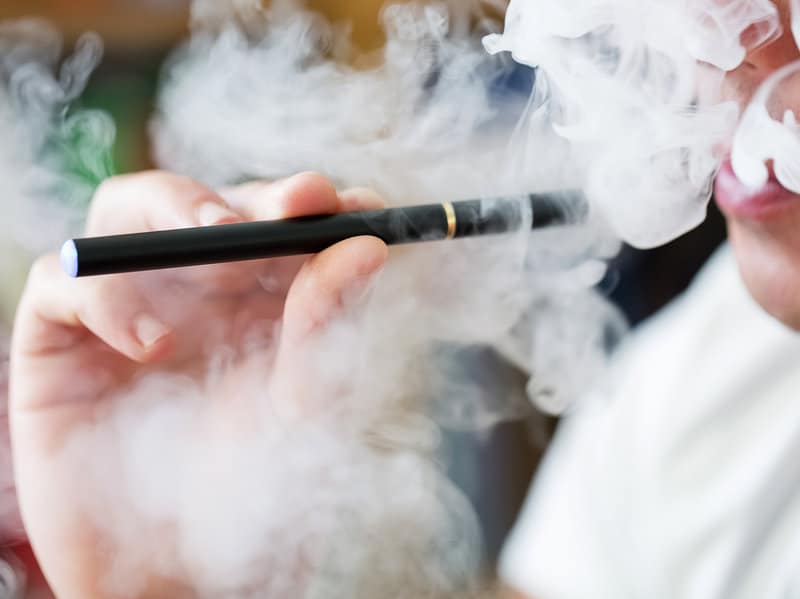 Besides just e-cigarettes containing nicotine, the aerosol or “vapor” that comes out can be harmful too. Most people think that it is just water vapor but it’s not. The vapor contains substances such as propylene glycol and/or vegetable glycerin.  These help produce stage or theatrical fog and have been found to increase lung and airway irritation. Additionally, some vapors also contain volatile organic compounds (VOC), flavoring chemicals, and formaldehyde. VOC at certain levels can cause damage to the liver, kidney, and nervous system. Also, VOC can cause eye, nose, and throat irritation. Bronchiolitis obliterans has been linked to the chemicals used to make the different e-cigarette flavors. This disease damages your lungs smallest airways. Lastly, formaldehyde is a cancer-causing substance that can form if the e-liquid overheats or not enough liquid reaches the heating element.

E-cigarettes might be less harmful than cigarettes, but they’re still very harmful to the body. For more information, please click here.

The past few weeks in my patient skills care class we have been using gait belts nonstop, literally. The moment we walk into lab the…
END_OF_DOCUMENT_TOKEN_TO_BE_REPLACED

END_OF_DOCUMENT_TOKEN_TO_BE_REPLACED

Between the surgeon general recommendations for exercise to improve overall health risks, general benefits of weight loss and energy levels, and the positive impact…
END_OF_DOCUMENT_TOKEN_TO_BE_REPLACED

END_OF_DOCUMENT_TOKEN_TO_BE_REPLACED

There is a very interesting diagnosis we come across in our clinic from time to time known as conversion disorder.  This diagnosis sometimes has a…
END_OF_DOCUMENT_TOKEN_TO_BE_REPLACED