People with diabetes might be affected by DKA or Diabetic Ketoacidosis. This is a life-threatening problem that occurs when a persons body breaks down fat at a rate much too fast. Because of this, the liver will process fat into a fuel called ketones which makes the blood become acidic.

The Causes of Diabetic Ketoacidosis

DKA occurs when insulin gets so low in the body that one of the following occurs:

Your body’s fat is broken down by the liver called ketones as mentioned in the beginning. Ketones are typically produced when your body breaks down fat after having a long time between meals. However, when ketones produce too quickly they build up in the blood and urine and can become  toxic by making the blood acidic. This is also known as ketoacidosis. In people undiagnosed with type 1 diabetes, DKA is sometimes their first sign. Though DKA can occur in someone who already has type 1 diabetes by infection, illness, missing insulin shot dosages, or surgery. 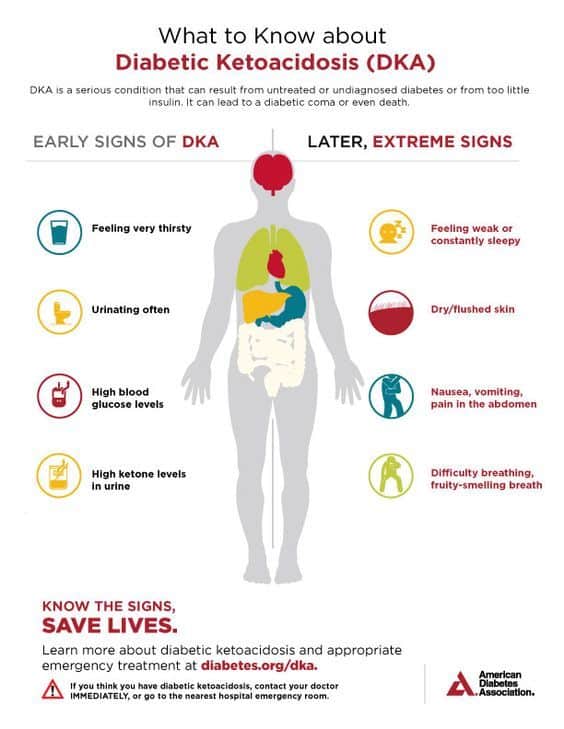 While symptoms differ by person to person, common symptoms include:

In those with type 1 diabetes, ketone testing may be used. This is to screen for early ketoacidosis and is done by a urine sample or a blood sample.

Other tests for ketoacidosis are:

There are two main goals for treatment. Goal one is to correct the high blood sugar level with insulin. Insulin reverses the process that causes diabetic ketoacidosis. Goal two is replacing fluids that have been lost through urination, loss of appetite, and vomiting but only if you have these symptoms. You may receive these orally but you could receive them through a vein until you are rehydrated.

As the body returns to normal your doctor might consider more testing just to check for possible triggers for DKA. But don’t worry! Your doctor will help you create a treatment plan and will prescribe anything needed to help you get back control of your diabetes. 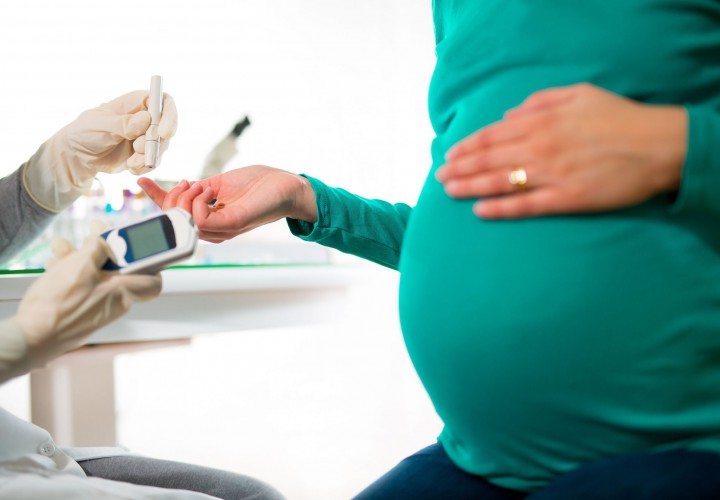 Gestational diabetes is a type of diabetes first diagnosed during pregnancy. It has the potential to cause harm to you and your baby if not…
END_OF_DOCUMENT_TOKEN_TO_BE_REPLACED